When To Use Waterfall Methodology For Your Project

This article isn’t about comparing waterfall methodology to others like Agile, and deciding which reigns supreme. Instead, this is a guide to help you figure out whether the waterfall methodology is the right one for your upcoming project, alongside highlighting what its core benefits and drawbacks are.

With that being said, let’s dive into the basics!

What Is Waterfall Methodology?

The ‘Waterfall’ methodology is often referred to as the traditional approach to software development and management and involves a linear and sequential process. It is named ‘waterfall’ because, like water in a waterfall, this methodology involves a strict step-by-step, one after the other approach to software development, with one phase being fully completed before a new one can begin.

It’s relatively simple to understand and use, and typically has a stage ‘gate’ between each step, where the work done so far is reviewed and approved before the next development stage is kickstarted.

Although waterfall is often regarded as an obsolete or dying methodology, statistics speak otherwise. A Project Management Institute Survey found that over 37% of completed projects made use of Waterfall methodology, meaning that it is the most commonly used development methodology in the world.

While it is true that most modern projects are complex and widespread to an extent that Waterfall cannot adequately cater to, that does not mean that the methodology has no use today. With the introduction of newer methodologies such as Agile and Scrum, Waterfall has taken a back-seat from the ultimate, ‘answer for all’ methodology it was once viewed as, but there are still countless scenarios in which Waterfall is the most convenient, reliable and affordable approach to take.

But before we jump into what those scenarios or projects might look like, let’s first cover the advantages and drawbacks of this methodology, as that might help you decide whether it’s the right choice for your latest project.

The 5 Main Stages of the Waterfall Model 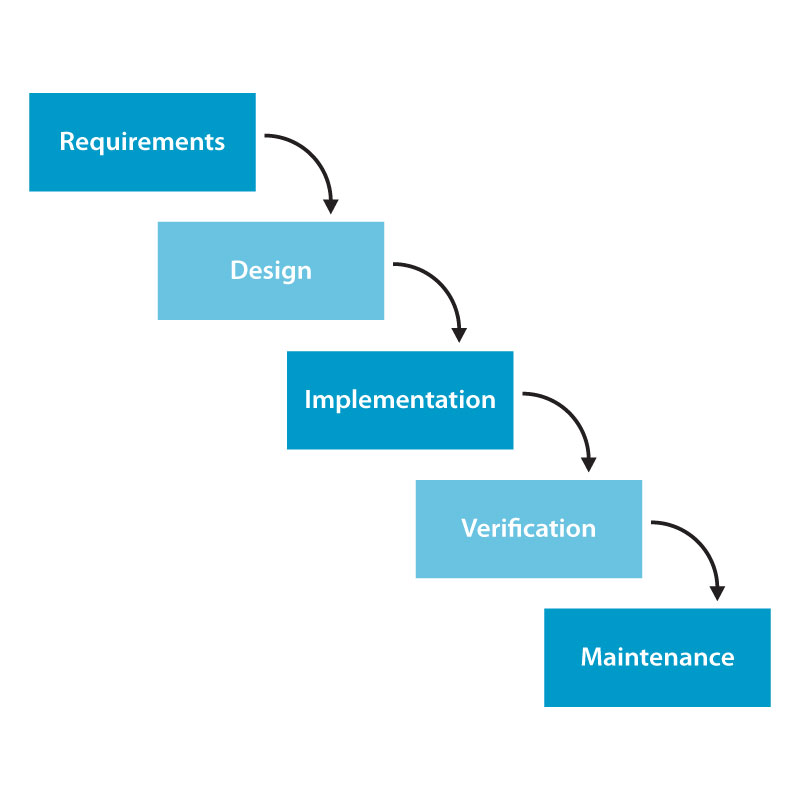 When implemented properly, the Waterfall methodology allows the software development cycle to flow seamlessly from one stage to another, with there being typically 5 to 7 stages, depending on the project. We’ve summarized the five main stages below.

The development team will begin by gaining a clear idea of the client’s requirements for the software system. This is simply the research phase which involves no building and focuses on getting a clear groundwork upon which the following stages will be based.

In this stage, the developers will start addressing the problems they need to solve with the software, and coming up with what technical solutions will work best. They will design layouts, plans and data models, choose their programming languages and then send the plans for review and approval.

This is the main stage where the code is written and the software is built following the predetermined design. As the analysis and design stages are extremely detailed and precise, the implementation stage is usually the shortest in the Waterfall cycle.

After testing, the application is released and is being used. However, the cycle doesn’t end there, as the team will still be working to maintain the software, fix any issues and release newer updates in line with their client’s demands. This is an extremely important phase that can often make or break a software’s success in the competitive market.

According to a study published by Research Gate, factors like the strength of the team and the expected duration of the project heavily influence which software development methodology is chosen by companies. The study found that the majority of projects using Waterfall were smaller, with a team of fewer than 10 people and were completed within 6 months. Based on this study, we can conclude that the Waterfall methodology generally works best for compact teams with small-scale projects that require working within well-defined and inflexible requirements.

If you are still unsure about which software development methodology to opt for, here is a basic guideline that you can follow.

You Should Use Waterfall If

It is pretty clear that Waterfall methodology is by no means dead, and is still both heavily used and can yield incredible results. If the project calls for strict deadlines and clear requirements without a need for innovation or complexity, a Waterfall team is bound to thrive under such conditions. Using Waterfall to manage your projects (where it fits) will ensure that your team is spending time carefully constructing the software according to client requirements, and put forward a product that is the best your company can deliver. While Agile allows room to be creative, take risks, fail and try again, Waterfall is a good old philosophy that encourages you to plan and rather be safe than sorry. Even though it is old and not easily adaptable, it works wonders for smaller, consistent projects that would be entirely too prolonged and overcomplicated if Agile was to be used.

What is important, however, is that the developers clearly understand what the project’s limits and needs are, establish a transparent communication channel with their client and then make an educated decision on which methodology to use.

Ultimately, no two clients or projects are identical, and it is the sign of a good developer to know which approach to take in every scenario. The scope of the project and client requirements will have the last call in which methodology is used, so fully understanding these conditions is the key to delivering streamlined software that will perform well in the market. It is not a matter of which methodology is newer or more popular, but simply which one is right for the model you are working on.

Still have questions? Mpire can offer some expert advice! Or if you’re looking to hire a team of expert, trustworthy and reliable software developers to meet all your business needs, be sure to drop us a line today!

The Why, What and How of Custom Website Development?

Everything You Need To Know About Magento For E-Commerce Business

Considerations to Make Before Choosing a CRM Platform 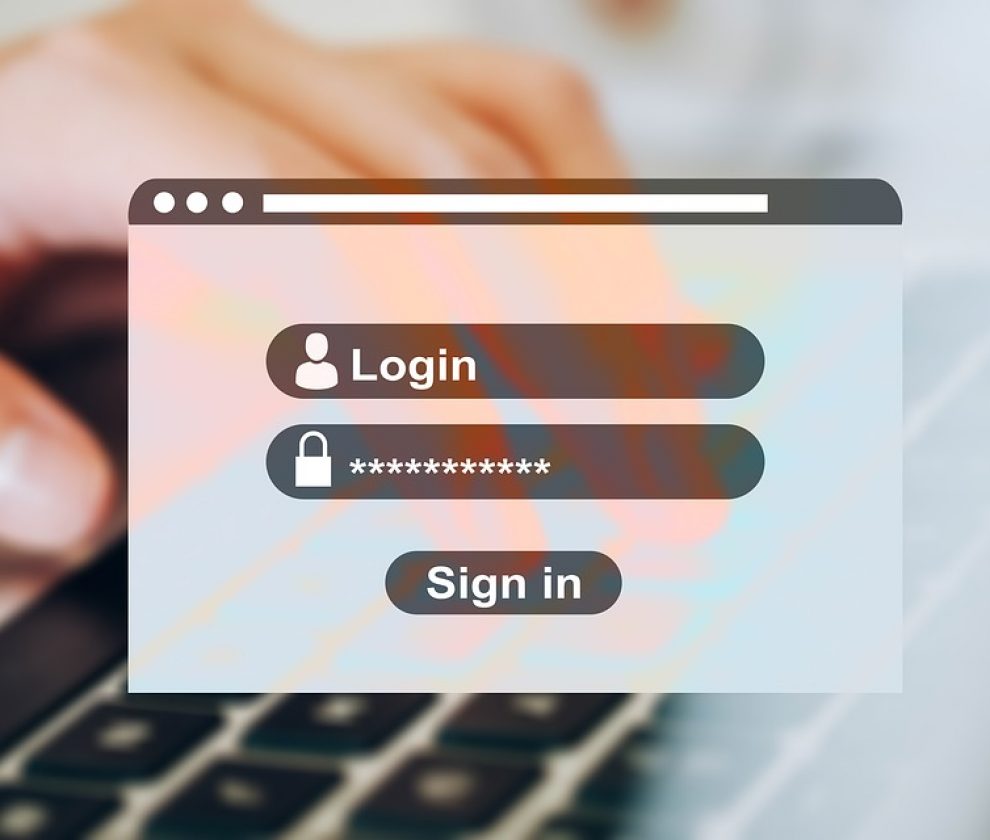