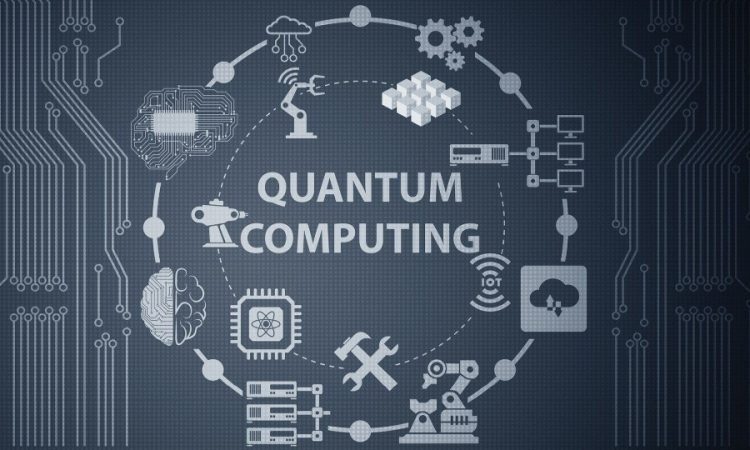 Quantum Computing represents a paradigm shift in technology that underpins finance as we know it. On the other side, Blockchain is a bit like the invention of double-entry bookkeeping. It transforms trust and confidence between parties and makes it possible for money to move around the world quickly, securely, and freely.

But what happens if someone invents a supercomputer that can solve problems even faster than our best computers today? That would undermine Blockchain’s security and call into question Bitcoin’s viability as a method of payment.

Quantum Computing: A Threat for Bitcoins?

Quantum Computing & its Impact on the Cryptocurrency Market

Can any Quantum Computer crack into Bitcoin’s Algorithm?

Which types of Encryption will remain safe in the Quantum Era?

Quantum Computing: A Threat for Bitcoins?

Quantum Computing will amount to the death knell for Bitcoin, the notable digital currency that most large firms in the present day swear by.

One of the great attributes of Blockchain technology is that its encrypted data exists on thousands of computers worldwide, with no centralized server. This means there’s no single point of failure, making it truly secure. Any attempt to hack the system would require enough computing power to break through several blocks simultaneously.

It’s a puzzle that would be virtually impossible to solve without having to crack every block within tens of thousands of years.

Quantum Computing is an exciting field of technology. It can potentially change what we know about computing, with the ability to increase processing speeds vastly. However, there’s also a considerable concern shown by the information security professionals.

Quantum Computing can potentially break high-level encryption, allowing attackers to access and decrypt information that was assumed secure today. Among those encrypted things are Bitcoin wallets.

Quantum Computing & its Impact on the Cryptocurrency Market

The Bitcoin Algorithm may soon be under attack by Quantum Computing. This technology could threaten Cryptocurrency if it becomes a mainstream platform.

Could Quantum Computing be the downfall of Bitcoin? It’s been years since Bitcoin was launched, with its underlying Blockchain technology providing a digital alternative to traditional ways of carrying out financial transactions. Since then, we have seen it become even more popular in 2017, especially for foreign exchange trading. In fact, many people accept Cryptocurrencies as payment methods these days.

But will this trend last forever? Perhaps not.

Guided by the principles of Blockchain, cryptography, and computer science, Bitcoin and other crypto coins are slowly taking over the financial world with the underlying strength of a decentralized system and open-source code.

In recent months, there has been much talk about ‘Bitcoin’s weakness,’ partly due to encryption and hash function concerns on SHA256 and double SHA256.

People who worry about this issue all speak with a tone of concern; they are concerned that today’s supercomputers in the near future (post-quantum era) will be able to crack the Bitcoin wallet password through Quantum Computing power easily – once this happens one day, all Bitcoins can be immediately stolen!

Can Any Quantum Computer Crack Into Bitcoin’s Algorithm?

The way Bitcoin works is by using an encryption algorithm that is so incredibly complex that today’s computing power can’t break it. But how long will that last?

A new study conducted by researchers at the University of Sussex has sought to answer that question in a particular way: How big does a quantum computer need to be to accomplish something useful?

Two of their research teams examined the significant ways in which qubits (or quantum bits) are engineered and then calculated precisely how many qubits would be needed to crack the Bitcoin encryption key. Their results were published in a recent Nature Communications report.

One of the most popular ways of engineering qubits involves superconductors, which are materials at extremely low temperatures that maintain an electrical current for long periods. The other approach involves trapping ions, or charged atoms, inside magnetic traps. When these two approaches are combined, they create the most efficient type of quantum computer engineers have yet devised—and a powerful one at that.

Interestingly enough, they also discovered that IBM had developed a 127-qubit machine known as IBM Eagle. This device is considered as the most powerful of its kind on Earth right now, but it’s not strong enough to break through digital currency encryption. It’s possible that this could change with time, but for now, Quantum Computing is still far away from cracking Bitcoin’s algorithm.

Quantum computers could bring about the end of encryption as we know it. Within the next few years, they could allow hackers to steal virtually anything, including your money and your secrets.

Quantum Computing is making a huge splash in the tech industry right now. It’s the next big thing, and some of the biggest names in technology are racing to bring it to market first.

But experts warn that Quantum Computing has a dark side: a “quantum apocalypse.” When quantum computers achieve maximum processing power, they could wreak havoc on our digital world by doing things like cracking encryption in mere seconds, which would make all our passwords vulnerable to hackers. So we need solutions now before we’re out of time.

Quantum Computing is still in its infancy, and these quantum computers aren’t even fully functional yet—but when they are, they’ll be able to do things like break the Bitcoin algorithm and decrypt any data that currently rely on public-key encryption.

It seems like a long way off, but it’s happening. Quantum Computing will break into Cryptocurrency. The question is: how?

Quantum Computing relies on subatomic particles called qubits. A qubit can be in any superposition of states to represent 0 and 1 at the same time. This means a quantum computer could theoretically tackle a problem with more variables than atoms in the known universe.

The regular computers we use daily function by manipulating binary code made up of 1s and 0s. A quantum computer would rely on qubits encoded with multiple numbers or symbols at once, each one representing an algorithm capable of solving specific problems. Each algorithm would solve its own unique set of equations, which would then be combined into one successfully completed whole.

That allows them to perform operations at a far greater speed than conventional computers, and some believe that this could lead to an explosion of innovation in all kinds of fields – from science and engineering to cryptography. But at the same, experts see this revolution as a hot new threat on the block.

“When that leap does eventually come, it’s going to be staggeringly huge and will upend our entire digital lives. It’s been called “the biggest tech revolution since the internet,” and while most people don’t think about it much now, they might start very soon.” says an expert.

“The only thing holding back Quantum Computing from radically changing cybersecurity as we know it is the physical construction of the machines themselves. We’re already making strides on that front. However, it’s still going to take another 10-15 years before Quantum Computing becomes widespread enough to disrupt modern encryption methods such as RSA and ECC.”

Which Types of Encryption Will Remain Safe In The Quantum Era?

In a world that is on the precipice of building computers that can efficiently perform tasks impossible for classical computers, we need to be prepared to protect our data in new ways.

With this in mind, the US National Institute of Standards and Technology (NIST) has been running a competition since 2016 to develop new quantum-proof standards for cryptography. These standards will keep our data safe from computationally advanced threats for as long as possible.

Lattice approaches are popular methods of addressing quantum supremacy in the near term. These methods use techniques based on mathematics’ “lattice theory,” which involves looking at points in space that form a pattern similar to a checkerboard and using the relationship between those points to create codes that are difficult to hack.

One way to make these codes more secure is by using what’s called “fully homomorphic encryption”—encryption where implementations can be used as black boxes that perform operations on encrypted data (such as adding or multiplying numbers). This would allow companies to perform secure calculations on sensitive data without decrypting it first.

As early as 1978, scientists had begun to research the feasibility of using a code-based encryption method for long-term data storage. This type of algorithm was created by cryptographer Robert J. McEliece, who devised a plan for storing information in packets deciphered through an error-correcting code.

The original idea is simple: encoding messages in a way that permits them to be transmitted over a network while reducing the risk that they will be altered or intercepted by unauthorized parties.

One way to do this is to convert each letter into a number, then translate each number into another number using a mathematical process called a linear transformation. This new version of each letter is then combined with random junk data (or “noise”) and then converted back into letters.

If a third party intercepts and tries to decode the message without knowing the mathematical function used, this process will only produce garbage—and thus, the term “error-correcting code” applies.

These modifications make it challenging for unauthorized parties to decrypt the information, making code-based encryption a solid security practice that will likely persist as quantum Computing technology advances.

But these are just short-term solutions…

As it stands now, current encryption methods are seemingly impossible to crack, even with the most advanced computers. However, this is not guaranteed to be true when Quantum Computing advances (which experts say is only a matter of time). When Quantum Computing becomes a reality, all encryption will be crackable, and your Bitcoin wallet will be as vulnerable as any other encrypted data.

The current state of quantum Computing is one that’s limited to just a few million qubits. But it won’t be long until companies can harness the power of these quantum computers, which have the capacity of millions of qubits.

That’s because as quantum computers grow more powerful, they will become capable of solving specific problems much more efficiently than conventional computers. In fact, according to experts who study cryptography and computational complexity theory, when “quantum computers processing billions of qubits come into being,” then these computers will easily break into Bitcoin.

Clearly then, the transition from a few million to billions is the only thing standing in the way of these machines cracking Bitcoin.

The future of Bitcoin is uncertain. While many analysts agree that Cryptocurrency was a one-hit-wonder, others claim that it has staying power as a significant player in the financial industry. However, no matter which side they take, most experts seem to agree that a quantum computer could crack Bitcoin’s current security system.

In short, a quantum computer is computer-based on the principles of quantum mechanics instead of classical physics. Quantum computers are still in their infancy and cannot be used for practical purposes yet. However, even if they were available right now, many experts believe that they would crack or break encryption systems like RSA and ECC, which are currently used by Bitcoin and many other online security systems.

Nevertheless, it may not be all doom and gloom for Bitcoin users. Experts believe that preventive measures can be taken to ensure that this new technology won’t jeopardize Bitcoin. Still, if these precautions aren’t taken (and, likely, they won’t be), there may soon come a day when Bitcoin’s reign as the world’s leading Cryptocurrency comes to an end.

The computing world is a fast progressing and complicated world that is branching out in several domains with the passage of time. If you have a technology project and looking for a consultation, reach out to Mpire Solutions for a FREE Consultation. 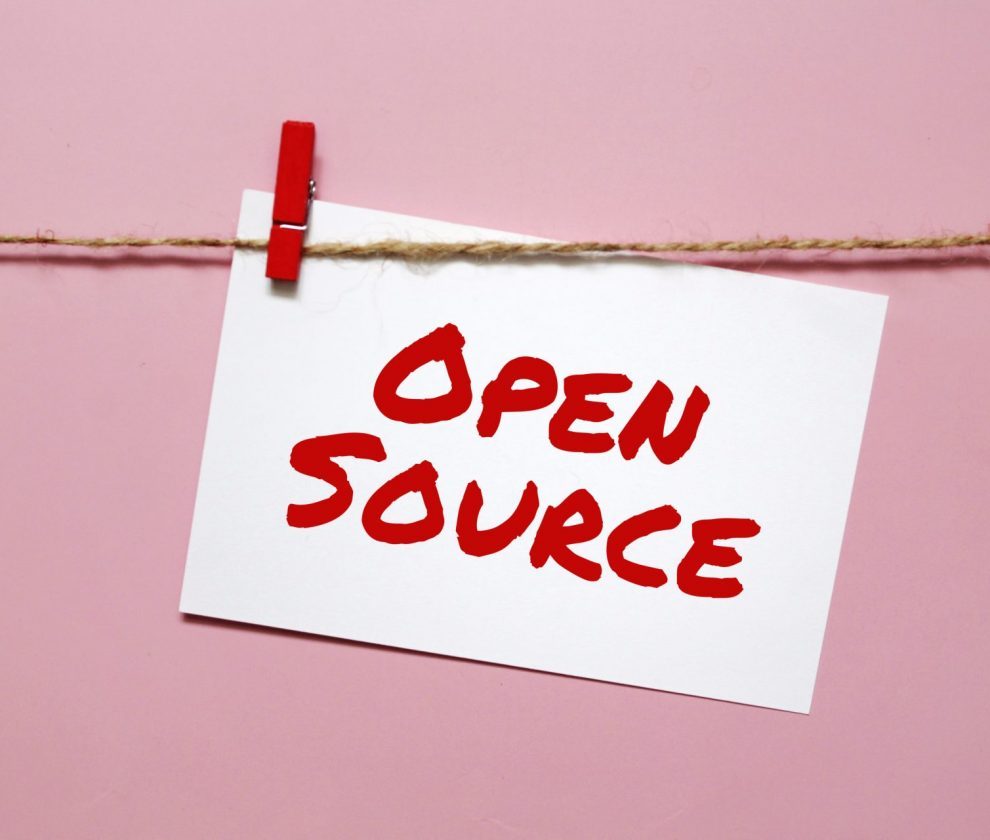 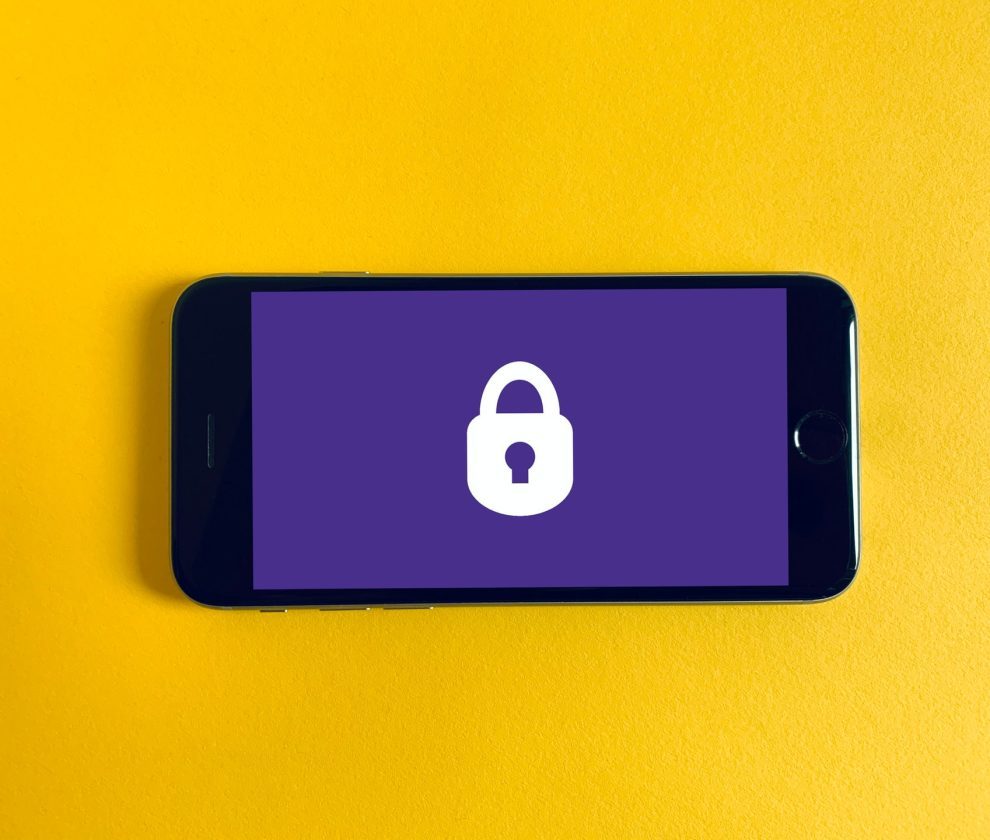 Everything You Need To Know About Cybersecurity