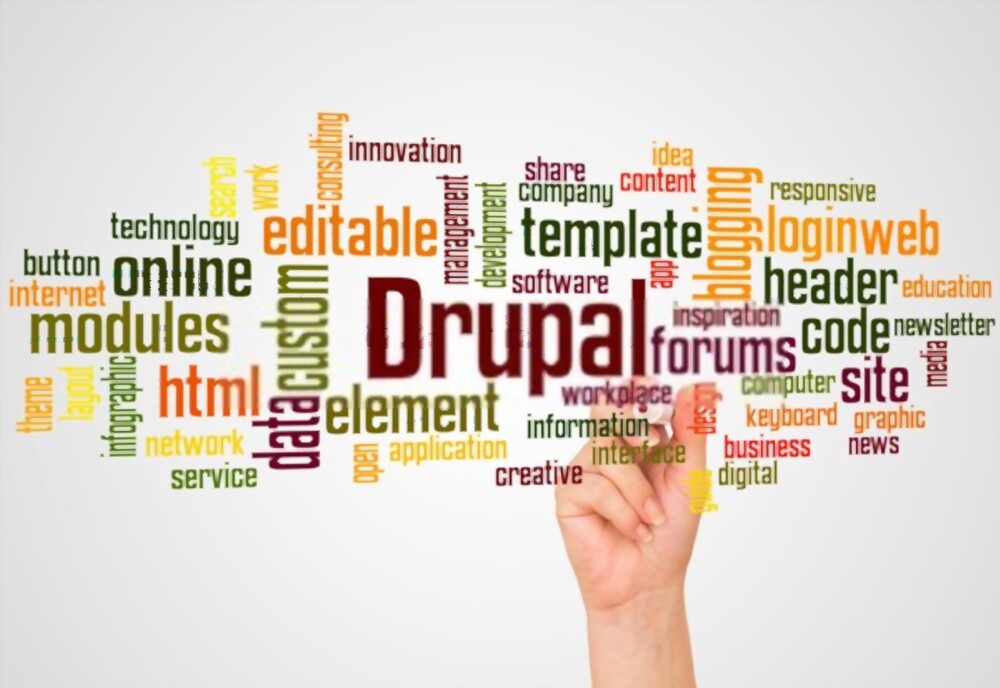 As an organization, if you want to expand and transform your digital presence, Drupal 9 is the main component of your DXP (Digital experience platform). Hence, you can combine it with CRMs, payment gateways, analytics tools, marketing automation platforms, and social media. Today industry leaders are more interested in using Drupal 9 to build web applications. In fact, many leading brands like eBay and Johnson & Johnson also rely on the Drupal content management system.

Curious to know more about this unique management system? Let’s read it!

As a flexible CMS, Drupal shines brightly. It is a user-friendly management system that gives a user interface option, making the content-creating and publishing process easy. This unique platform contains unlimited content types, including media and text content. It effectively filters, recovers, and presents this content with powerful and convenient tools. Moreover, there are also supportive in-place editing yet intuitive content creation tools. Drupal manages access to content and features through its user role classification system.

To sum up, Drupal is an open-source and free content management system having a large supportive community. Millions of people and organizations use Drupal to create and maintain their websites. The interesting fact is that you probably be using Drupal every day without knowing it. Many government organizations and top businesses use Drupal.

What is Drupal Used for

While developing a website, organizations prefer choosing a content management platform that is reliable, secure, and flexible. A content system that not only allows them to put in features according to their choice but also provides the option of removing the weighty ones.

When building a web application, it’s up to you to use one of the existing content management software services, create the site without a CMS or develop your own CMS. Let’s discuss some of the reasons to choose Drupal.

Difference Between Drupal and Other CMS

Let’s analyze the difference between the three most popular CMS programs, which will help you to pick Drupal as the best content platform.

Almost all kinds and types of websites can be created using Drupal. It has a large group of developers that works hard to make Drupal better for web technology. Let’s see the working process of Drupal.

The launching date of Drupal 9

The reliable and secure open-source CMS, Drupal 9, was released on June 3, 2020. Unlike in the past, migrating from Drupal 7 or Drupal 8 is easier and smooth. Moreover, Drupal 9 is considered the first crucial Drupal release to have inbuilt backward compatibility. Launched in mid-2020, the development of Drupal 9 is based on the previous existing architecture. After every six months, it has continued to be updated with minor updates.

The following key features of Drupal 9 make it unique and outstanding.

This module helps users explain multiple workflows, and displays the transitions and content workflow states allowed between them. Likewise, the Moderation module assists the user in creating content revisions that have received updates from the last version but are not live yet. Finally, the Workspace feature supports publishing and staging multiple content changes simultaneously, such as sidebar blocks, article text, menu entries, etc.

Additionally, it also allows the user to preview the content and how it will look in its entirety. The outstanding advantage of this feature is that users can even develop site content around various ”scenarios” such as election campaigns and Oscar winners, and publish the proper version at a suitable time.

It isn’t easy to quickly let go of the earlier versions of your website. Moreover, the upgrade process demands to be seamless exercise too. Therefore, backward compatibility is considered one of the critical features of any upgrade. The impressive feature of Drupal 9 is that it is compatible with Drupal 8. So, from day one, you can enjoy the features of Drupal 9 if you are using the Drupal 8 version.

The modules of Drupal 8 are almost fully compatible with Drupal 9. Therefore, the user has the advantage of using the same modules, data, or configurations of Drupal 8 in Drupal 9, too, unlike the case with Drupal 7 and Drupal 8. This means if you are willing to migrate to Drupal 9, you don’t need to start all over again. In addition, the built-in features like APIs, plugins, etc., allow easy integration with new properties.

The crucial part is that being compatible doesn’t affect the speed or performance, as it doesn’t burden Drupal with historical baggage. The Drupal community mainly focuses on breaking code but not the data. Due to this reason, Drupal 9 is an up-to-date, fast technology yet clutter-free.

Drupal 9 allows no fewer than four modules for supporting language; each module performs a different role. These modules have the following capabilities:

With time, high growth in the number of smartphone users has increased. The Drupal community recognized this and brought suitable substitutes in Drupal 8. Now stepping further, the latest version of Drupal 9 supports responsive images. So, smartphones can display the best-sized images while consuming fewer data. In addition, several core modules of Drupal 9 enhance the website’s performance. Let’s have a look at the improved performance of the latest version.

As Drupal 9 has eliminated the deprecated code, dependencies of the third party are also reduced. This feature has helped with the option of creating once and publishing anywhere.

To enhance your site performance, Drupal 9 comes with the elimination feature of deprecated Drupal 8 code. It provides you with a cleaner and clear version of Drupal. Those who want to update from Drupal 8 to Drupal 9 first need to remove the deprecated code because Drupal’s marked deprecated code is no longer supported.

In addition, it comes with a cleaner, simple and clear version of Drupal that enhances the website’s performance. However, removing out-of-date codes from your Drupal 8 site can be a long and ongoing process. To have a seamless and smooth upgrade, developers should make it a routine to take out outdated code.

Another prominent feature of Drupal 9, among other features, is the replacement of Panelized. Instead, it is replaced by Layout Builder.

Excellent customer service is the backbone of a successful business. Together, relevant content and a quality content management system improve the customer experience. Today in the market, many enterprises’ CMS are available, but most of them can provide a few commerce solutions. Here Drupal headless content management software found an opportunity and came up with an amazing idea of combining both features. This resulted in a market-leading structure and allowed business owners to deliver a seamless experience to their clients. Some major features of Drupal Headless CMS are

Another beneficial feature of Drupal 9 is that you can have the latest versions of Symfony and Twig, as Symfony 3 has been replaced by Symfony 4 and 5, and twig is also upgraded to twig 2.0. Symphony is a unique platform having a fast and powerful emphasis on performance. It is flexible, and users can create their own framework according to the purpose of their business.

Likewise, it also allows the development of a specific feature without needing to install the whole framework. Furthermore, for developers, the upgraded versions ensure security features and enhanced performance.

The Drupal content management system has always supported generic files and images, but the 9th version expands on this functionality supporting images, video, audio, and additional files. This latest version also supports remote content, including Vimeo videos and YouTube. Moreover, the unique feature of the Media Library module provides the facility to upload new articles directly into the library and add existing media assets on their website.

This core module gives layout capabilities for content. For the following three use cases, this module offers a single, impressive visual design tool.

In the past, upgrading from one version to another was equal to rebuilding a complete website. This process demanded extensive changes, but when Drupal 8 was introduced, the upgrading concept changed and was radically streamlined.

Upgrading from Drupal 8 to 9:

Step#1: Initially, make sure that your environment is suitable for the requirements of Drupal 9. It requires

Step#2: Secondly, update Drupal core to the latest version and all the dependencies that are not in use. Don’t forget to update all your contributed modules.

Step#3: Now install the Upgrade Status Module for using it on the command line with Drush or the Drupal back end.

Step#4: For compatibility issues, scan the contributed modules and uses of deprecated code.

Step#5: To fix the compatibility issues, use Drupal Rector to generate fixes rather than manually beginning the code updates.

Step#6: Finally, you have a completely suitable environment for Drupal 9 as all the contributed projects, themes, and custom modules are upgraded. Remember to update your Drupal core regularly to prepare yourself for the next Drupal release.

Upgrading from Drupal 7 to 9:

Step#1: Unlike Drupal 8, upgrading from Drupal 7 to Drupal 9 requires a rebuild. However, there are various tools available that can reduce migration challenges.

Step#2: Use the Upgrade Status tool of the Drupal 7 version to identify that the contributed modules you have used have Drupal 8/9 versions or replacements.

Step#3: Try Drupal Module Upgrader to make changes for custom code so that it can enable Drupal 8/9 compatibility.

Step#4: The user can also try Core Migrate Suite to move content from the website; it even supports Drupal 6 data sources.

Step#5: Explore Acquia Migrate to accelerate the migration from Drupal 7 to Drupal 9 by up to 50%

Marketers and developers prefer Drupal for its key features like multi-channel publishing, reusable content, and convenience of personalization for visitors. But the exciting news is that with the launch of Drupal 10 in December, there would be more beneficial features to manage the content of your website efficiently.

Drupal 10 is going to introduce many useful and valuable features:

If your website is on Drupal 9, use Upgrade Status to estimate the change needed. The module plan will help you to use Drupal-rector to upgrade your custom code.

This version of Drupal reached the end of its life in November 2021. So, the user must upgrade to Drupal 9 and then to Drupal 10. To analyze the site completely, use Upgrade Status.

After the release of Drupal 10 in November 2023, Drupal 7 will be the end. Therefore, the migration tools from Drupal 7 to 9 may not be available, so users should start updating to Drupal 9 as soon as possible. This strategy will make the migration process to Drupal 10 easier.

Moreover, in developing robust website applications, being a highly secure CMS, the latest version of Drupal, Drupal 9, plays a crucial role. As your web application defines your business goal, the high-end configurations of Drupal 9 provide the ease for businesses to rank high in this competitive digital landscape.

READY to explore Drupal 9, the LEADING platform in scalability and personalization?

What to look for in an Agency Providing Drupal Development Services 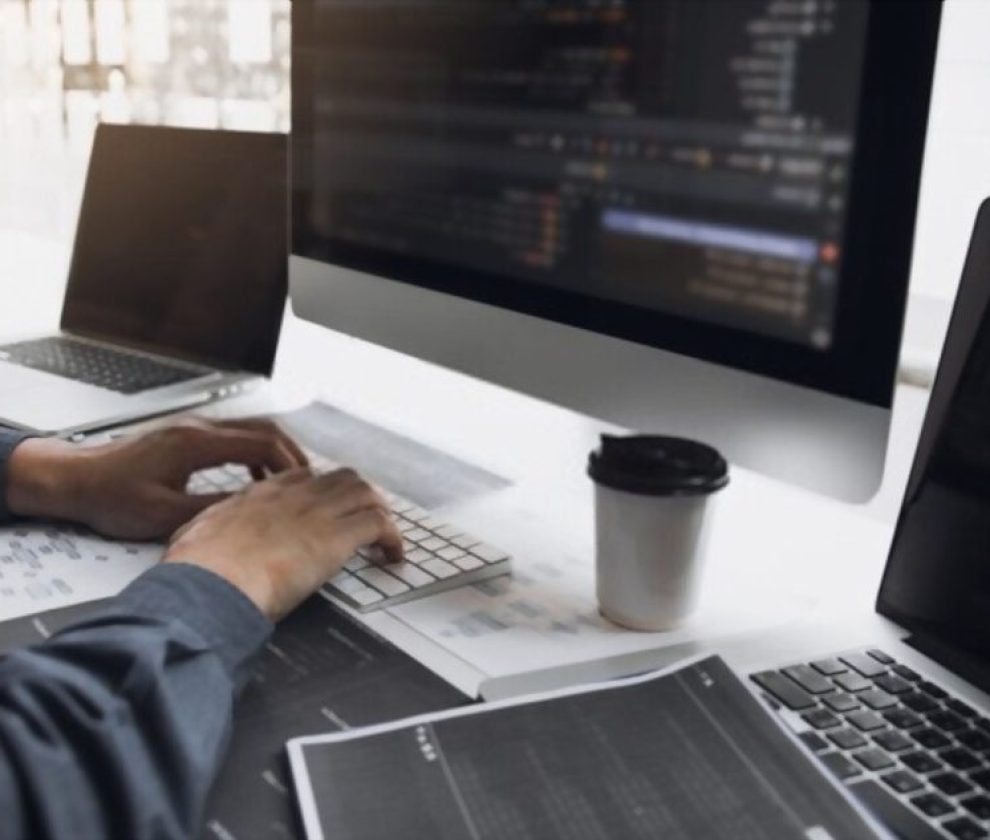 Drupal Agency in Boston | The Curious Case of Finding 1! 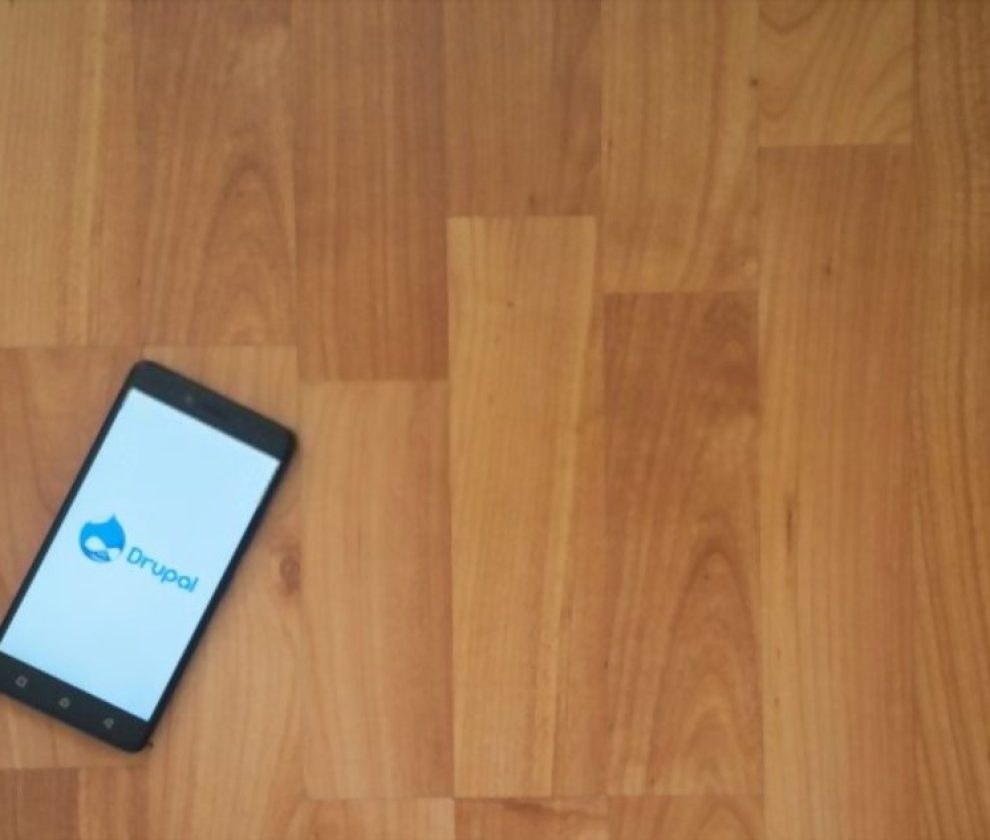 How To opt For the Top Drupal Agency for Website Migration

Recent Posts
BACK TO TOP